The Zenitar 50mm f/0.95 is the widest focal length/iris diameter that i own. It is also one of the widest apertures ever put to a lens. In my history of seeking out lenses with really big F stops, I’ve found a lot of photography lenses have f stops around f1.4 or f1.5, whereas some cinema/photography lenses occasionally go as wide as f1.2. This lens surpases those by over a full stop of light.

Most of the time, when lenses open up to really wide aperture ratios, the lens will start to showcase a series of imperfections. These imperfections can include softness, haziness, heavy flaring, vignetting and even a loss of color. We here at filmlensaddict relish in the imperfections of lenses shot wide open. It is what gives the lens/scene it’s character.

Most noticeably, what happens when you shoot at an f stop that is wider than an f2.8, is that it becomes increasingly difficult to keep the subject in focus. For that reason, filmmakers may look at filming with a lens with this wide of an f-stop to be too much of a challenge.

My friend Mike Austin at LA Film Rentals and Devin Dilmore and myself. took the Sony A7s ii out with a Shogun 7″ and the Zenitar 50mm f0.95 one night and shot some test video. Here are screen grabs, shot at night time, with only street light, shot at f0.95: 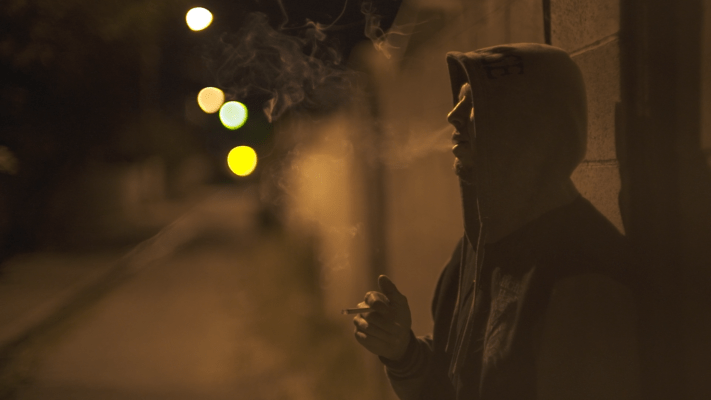 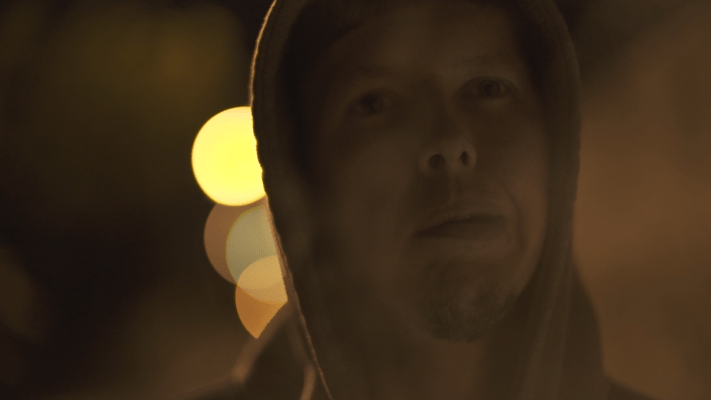 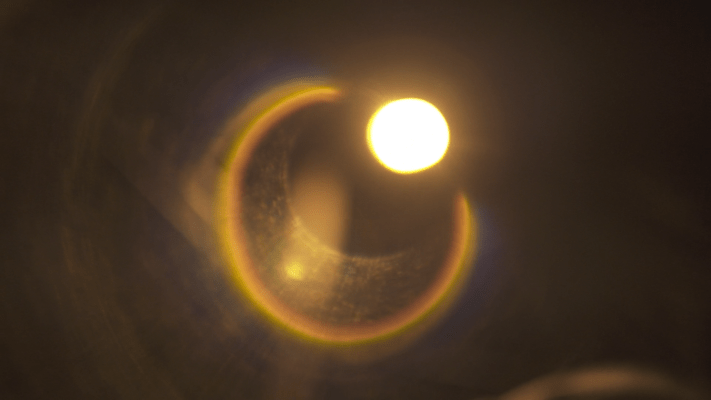 This lens is not going to be impressing upon anybody it’s distortion, being that it is a 50mm lens. It’s distortion is very normal. However, it’s focus is also not the ambitious part of this lens. It can only focus 2’6″ away. It is a pretty common thing that the wider of an f-stop that a lens has, the further away that it has to focus. My ideal means of using this lens is on a Sony a7s ii which has a full frame sensor. With that, it is only possible to get to a close up of someone, not an extreme close up without macro adapters. However, I imagine that macro extenders at f0.95 would have an incredibly surreal look. The depth of field would be negative. However, when this lens is in focus within it’s defined range of focus, the shots are surprisingly very capable of coming out sharp! 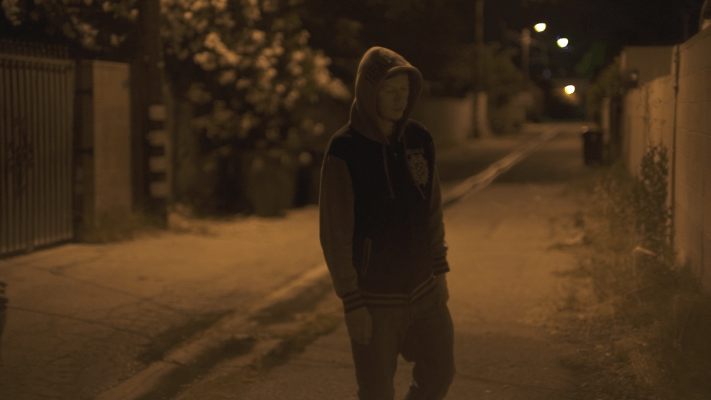 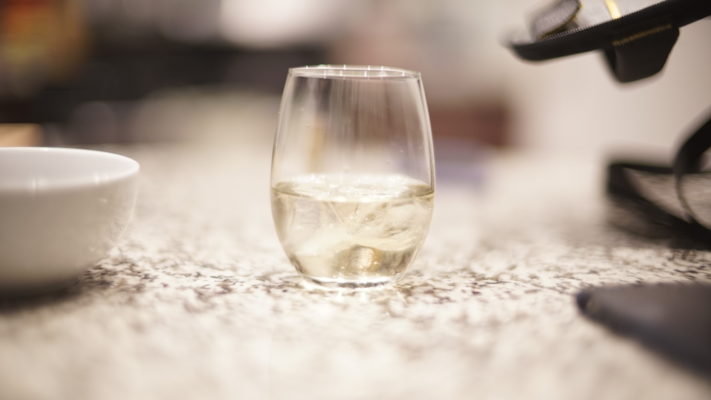 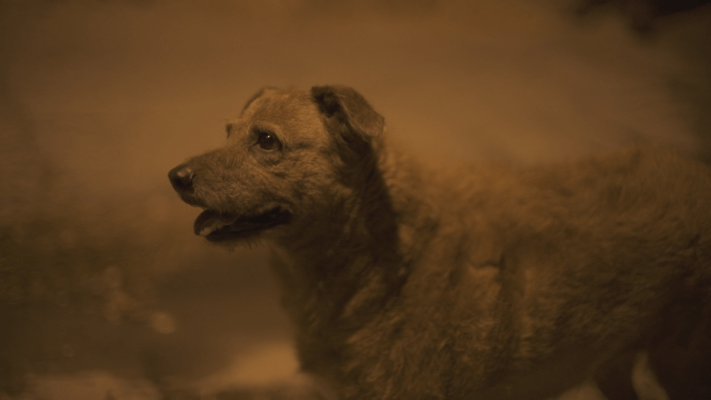 There is so much colour and beauty in this one lens. Unique in a way that is so adherent to nature and inclusive of it’s spectrum. You really need to shoot wide open with this lens to get the full effect. Otherwise there is colour lost in the edge of the redness.  Filming with this lens is so very satisfying. But nonetheless, always difficult. Any filmmaker daring enough to shoot a movie with this lens wide open equally must care as much about the look as he or she does about it being in focus.

Having said that focus is important. I could either accept that focus was going to be difficult or that some of the shots would be out of focus. Well, I started getting a magnetic bounce pulling focus on the lens, following the dog, Phoenix, I loved chasing focus! And when Mike Austin walked a good 8-10 feet closer to the camera, I couldn’t believe i was able to keep him in focus the entire time. Devin joked, “You’ll never be able to do it again.” But I felt I had nailed the ‘timing’ of the lens.

To elaborate more on the flares is also difficult. They seem to stretch on into infinite at times. So in that way, they are quite mesmerizing. I don’t have anything else to compare them to, because I don’t have anymore f0.95 lenses.

If I may be so bold though, what is truly magnificent about these flares is how there is separation to the colour red within the flares. I can only imagine that, mathematically, when the aperture diameter is wider than the lens itself, the spectrum of light is diverted apart, with red being drawn inwards. The bended-separation of light is immediately lost as the lens is stopped-down past f1.

Having gotten to know Zenitar, I truly respect the amount of trial and error they have gone through to make this error-less lens. Another part of the flares is how they fill in the shadows. Their snowflake quality fluffed up even the darkest shadows by warming overtones and cooler undertonesCOLOR/COLOUR 5/5

To an extent, the color/colour behind this lens has to be seen to be believed. Having this wide of an f stop on such a good low light camera. New kinds of cyan blue and highligh magenta and tangerine orange from the streetlights. This is where the sensor captures the amber color dimmed different levels of orange luma. Creating more of a lush variety of color/colours from taking advantage of the low-light.

I plan on doing a day-time test with this lens too so I can see how it handles shooting wide open. I plan on maintaining a 180 degree shutter speed while doing so to maintain a true motion blur. My plan is to use an ND 400 filter, which is nine stops of ND. This means, that if I were to shoot at about an f22, then with this ND400, I would be able to open up to a fully open iris and not have to adjust the iso or shutter.

Having this kind of low-light capabilities paves the way for a new kind of look if only lit right. That’s the beautiful part about how evenly pinkish-purple colors/colours are optically rendered. 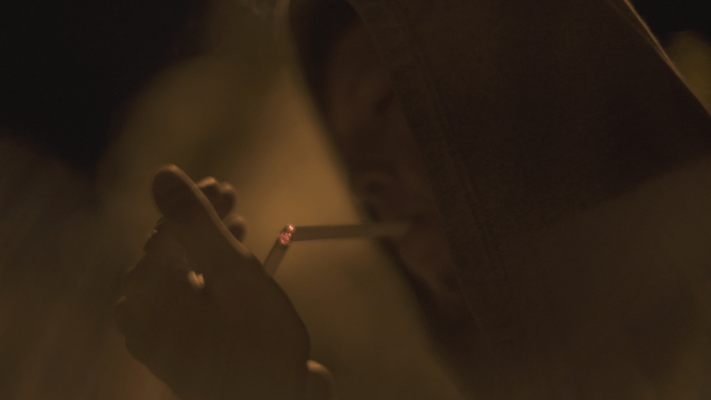 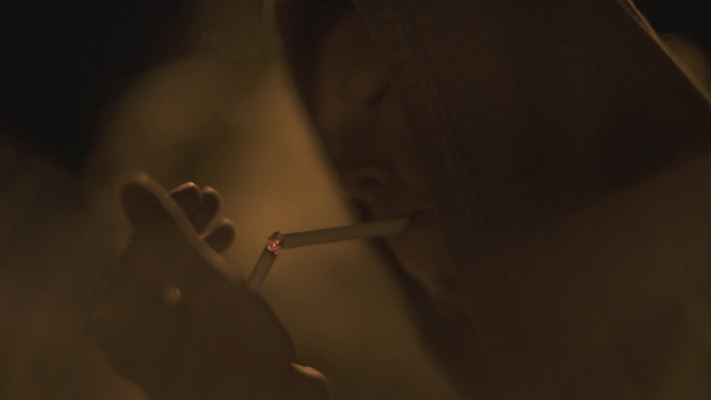 I wouldn’t be surprised if this lens did vignette at all, but I also wouldn’t be surprised if it did not vignette. Zenitar lenses in my experience, have an impeccable quality about them when it comes to vignetting. They consistently have very low vignetting, noticeably so on full-frame cameras, which is especially impressive for fast lenses, such as these. The fact that the set doesn’t vignette much, is what gives them a warm and pristine look. This lens does vignette slightly, however, it is subtle enough to color balance out, and it is forgiveable knowing that Zenitars are knows as far as low vignetting, that at least tells me that they tried to get it as low vignetting as possible. Once that was done, it was about getting this lens as sharp with as beautiful of coated flares as they could even wide-open. 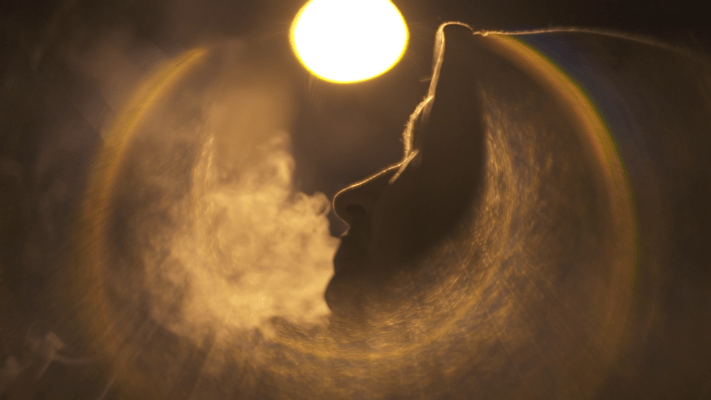 I love how sharp the lens can be. There is no excuse, except that it is a very difficult task . Reserved for those with determined understanding of the amount of refinement needed to ‘time’ the focus. As seen in the screen grabs above, there were a couple half-second time slots of the shot being out-of-focus that I still found myself liking, because of the dream-like nature. It’s also cool how difficult it can be to use the lens. if you are open to the difficulty and understanding that comes with makes shots tack sharp. This lens not only opens up new door for look-experimentation, but also new excitement!

The excitement in knowing that this is a new kind of look. Capable of being a new existing movie. One that allows for a new extreme in low-light in an all-new and expanding age of digital sensors!

In the age of knowing what we want to do , it is also important  that we understand what we can do . If enough people use this lens for a excited desire, or look intensive purpose, or stylistic choice whether intermittently or continuous. I think that myself and general audience viewers would be very excited by the newness and perceive story in a foreign sort of way, but if it is well-shot enough, it can really open up the senses.

As a person who makes movies, I am not only aware of what the operators are going through on each setup, but I am trying to figure out alternatives for what I think each set up can be. Not only that , but I am trying to follow along with the a and b protagonist/antagonist and other c & d characters. It is hard work being a filmmaker. So when I see a movie shot using this lens , I will know that the filmmakers really jumped through hoops to get this movie in focus, and if they just do that , it won’t even cost them a dime. 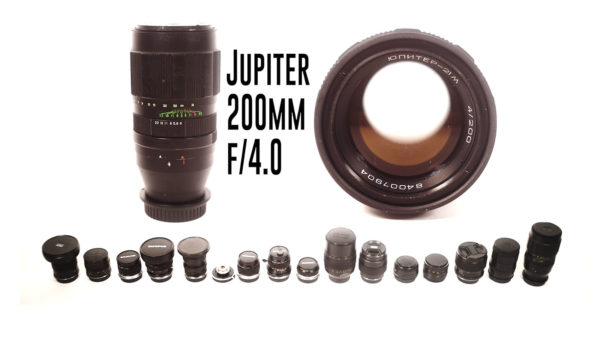 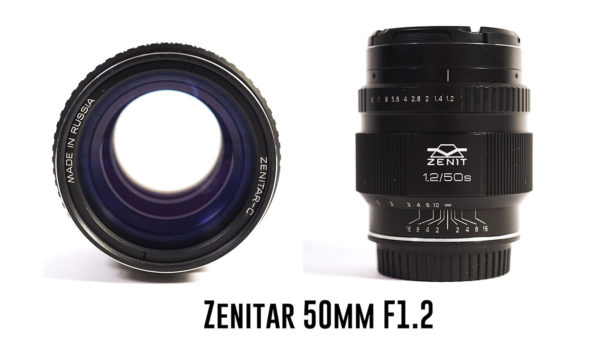 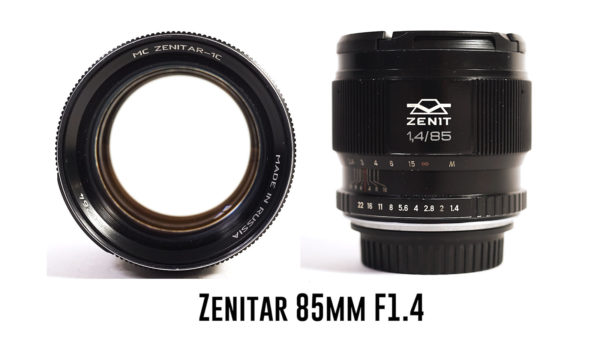 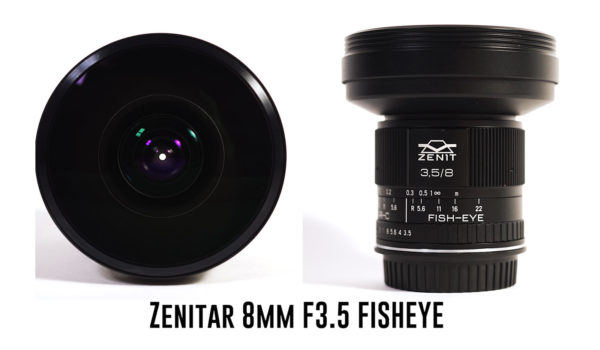 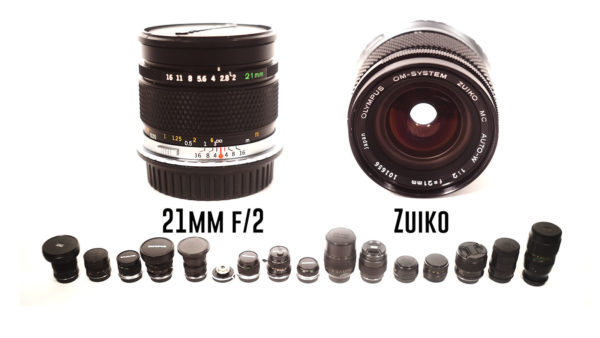 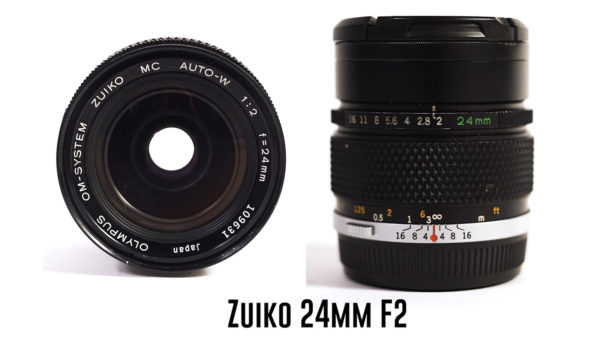 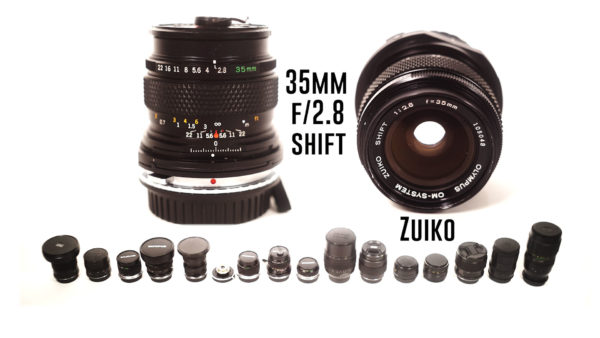